Opened in 2005 and housed permanently in the apse and sacristy of the XV century Church of Santa Marta, this museum is aimed to show the theatrical, historical, anthropological and cultural aspect beside the deep principle of popular tradition, bond to the Representation of the Passion of Sordevolo played in this little village in Piedmont since 1816. The Associazione Teatro Popolare di Sordevolo wanted this museum to never forget the tradition. The Passion’s history exposed in this museum represents the heart of the town of Sordevolo, told with the simplicity of those who take part in the folk theatre at a level which involves the artistic sense, as well as people deep in their very soul.

In the two exhibition halls, 8 tematic corners focus on the following contents: the Scenography, the history of the Passion’s Text, all of the different moments of the representation, the role of the volunteers (technicians, tailoring, actors, direction, service workers), the Kid’s Passion, the costumes, the artifacts and the documents that tell the story of the centuries-old sordevolese tradition passed down from father to son which unites the inhabitants. More than 300 photographies displayed, 7 videos including the most important ones dating back to the 1924 and 1934 editions of the Passion and 2 multimedia materials, all accompanied by captions both in Italian and English.

The collections are moreover enriched with new digital contents, thanks to the research project titled Digital historical scenic design, done in collaboration with the Architectural and Design Department (DAD) of the Politecnico di Torino. The use of digital technologies allowed the re-elaboration of the documentary heritage (photos, sketches, drawings, videos), making it possible to virtually recreate part of the Passion’s experience staged in 1934 and 1950. The two videos, composed of three parts, present the parade route along the town’s streets, the reconstructive animated model, in a continuous comparison between digital restitution and period images and the principal lines of the two scripts, in an interesting combination of written texts, spoken parts, music and evocative images. The new technologies turn out as tools useful for re-elaboration of the stories connected to the museum’s collections, through a process that allows the contents and the cultural goods to transmit information, knowledge and emotions.

The adjacent Church of Santa Marta, which visit is included in the museum’s entrance ticket, houses theme exhibitions and classical music concerts held every year during summer openings.

During months, days and hours different from the indicated ones, visits by appointment are always warranted. You can book by: 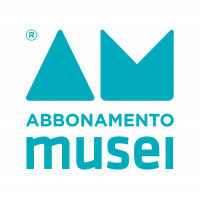 Free entrance for those living in Sordevolo, for the members and the volunteers of the Associazione Teatro Popolare, for children under 11 years of age, for people with disabilities and their companions, for tour guides and leaders, for teachers leading school groups.

For those showing at the museum’s entrance a ticket for the representation of the Passion, for the “Il Mercatino degli Angeli” event, or the card Abbonamento Musei Piemonte Valle D’Aosta. 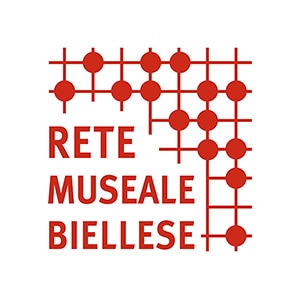 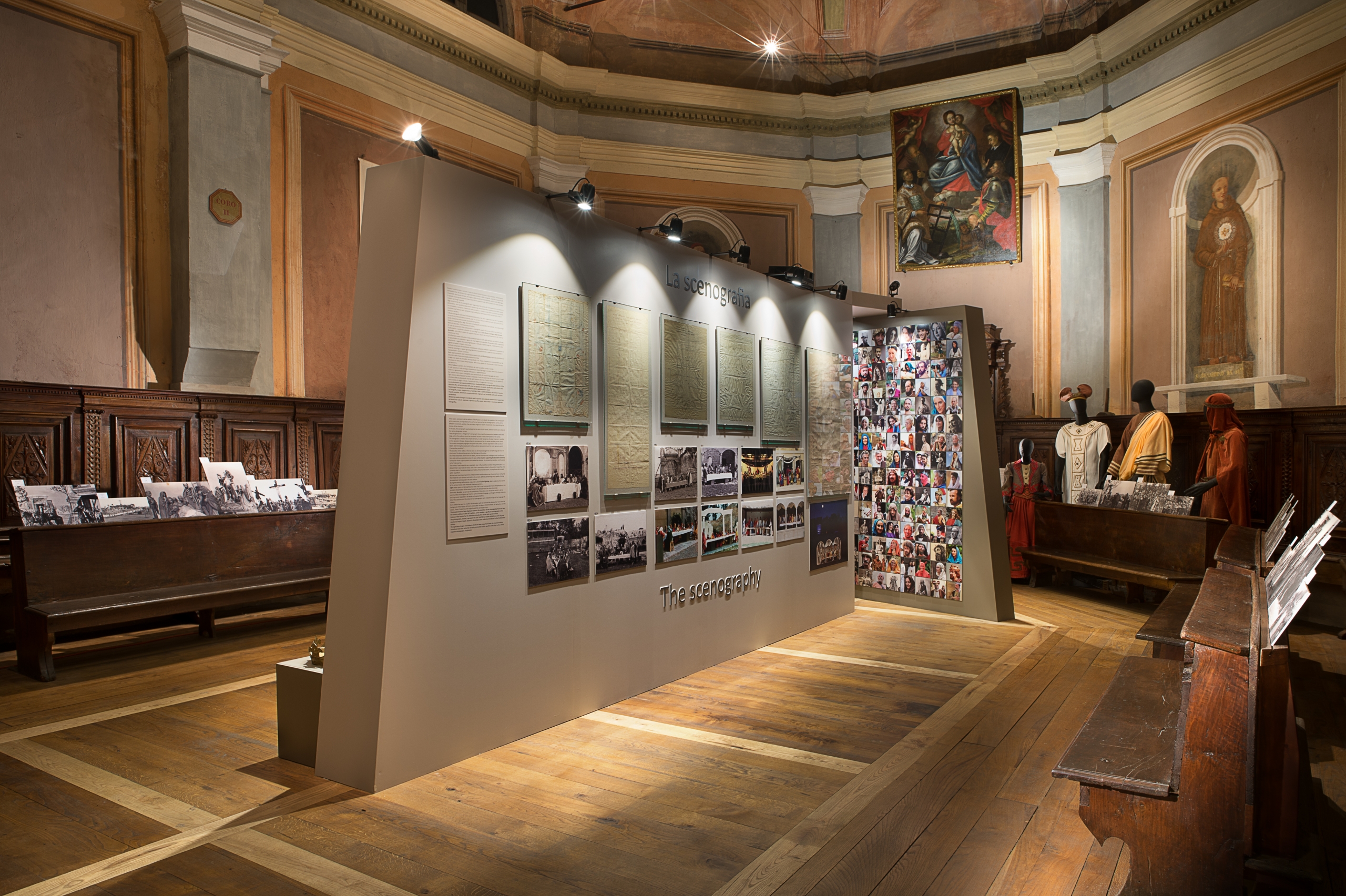 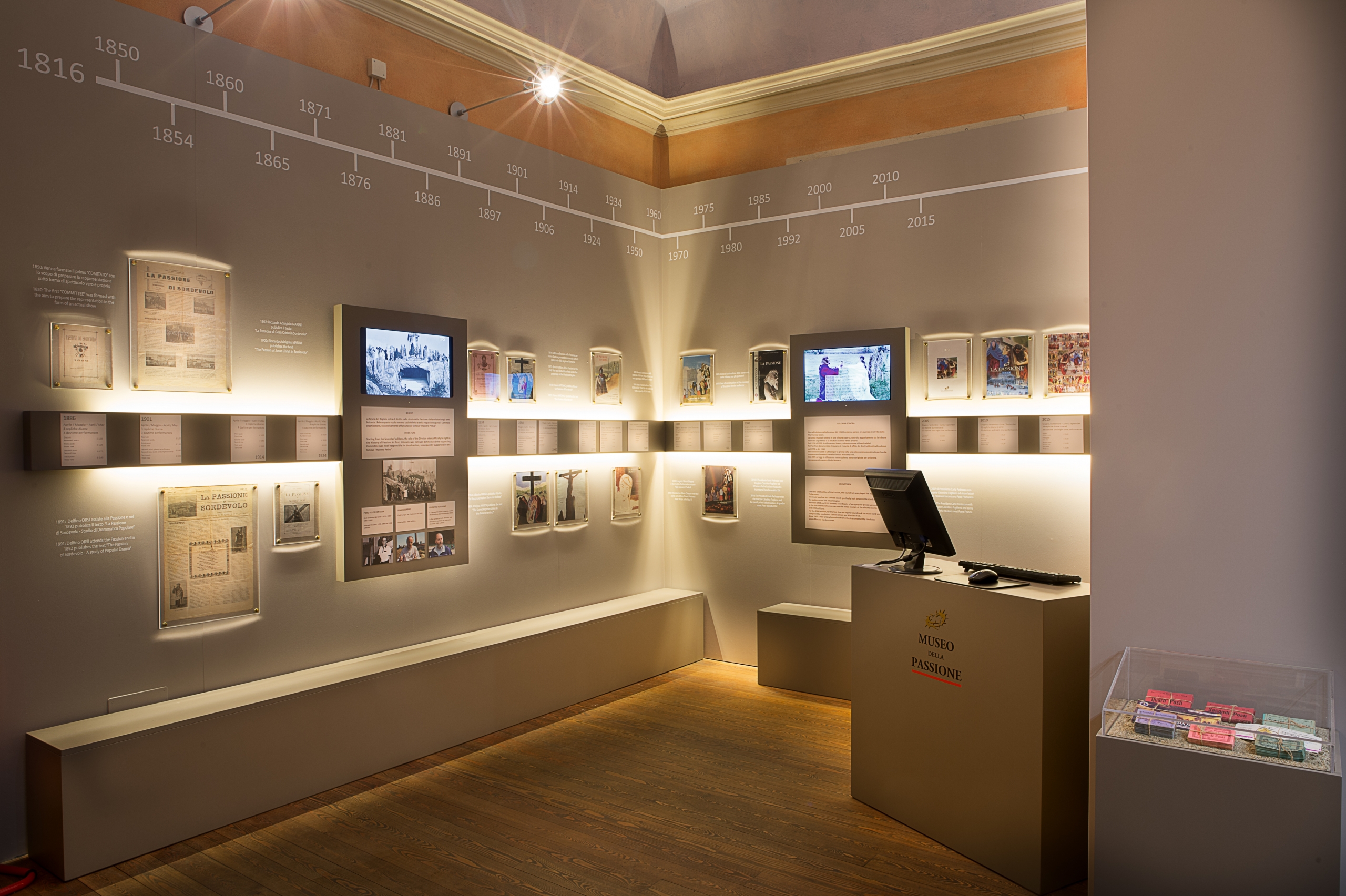 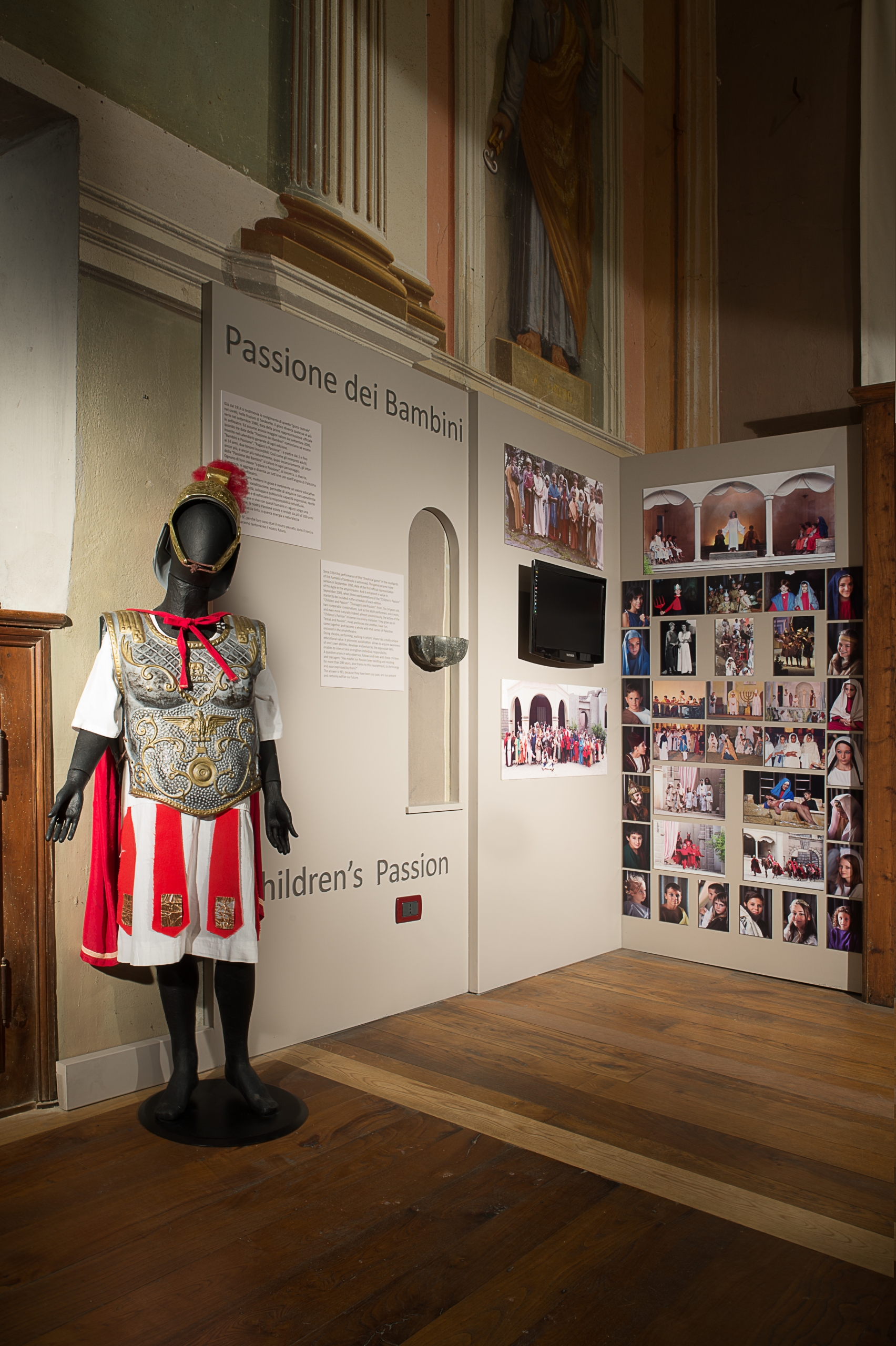 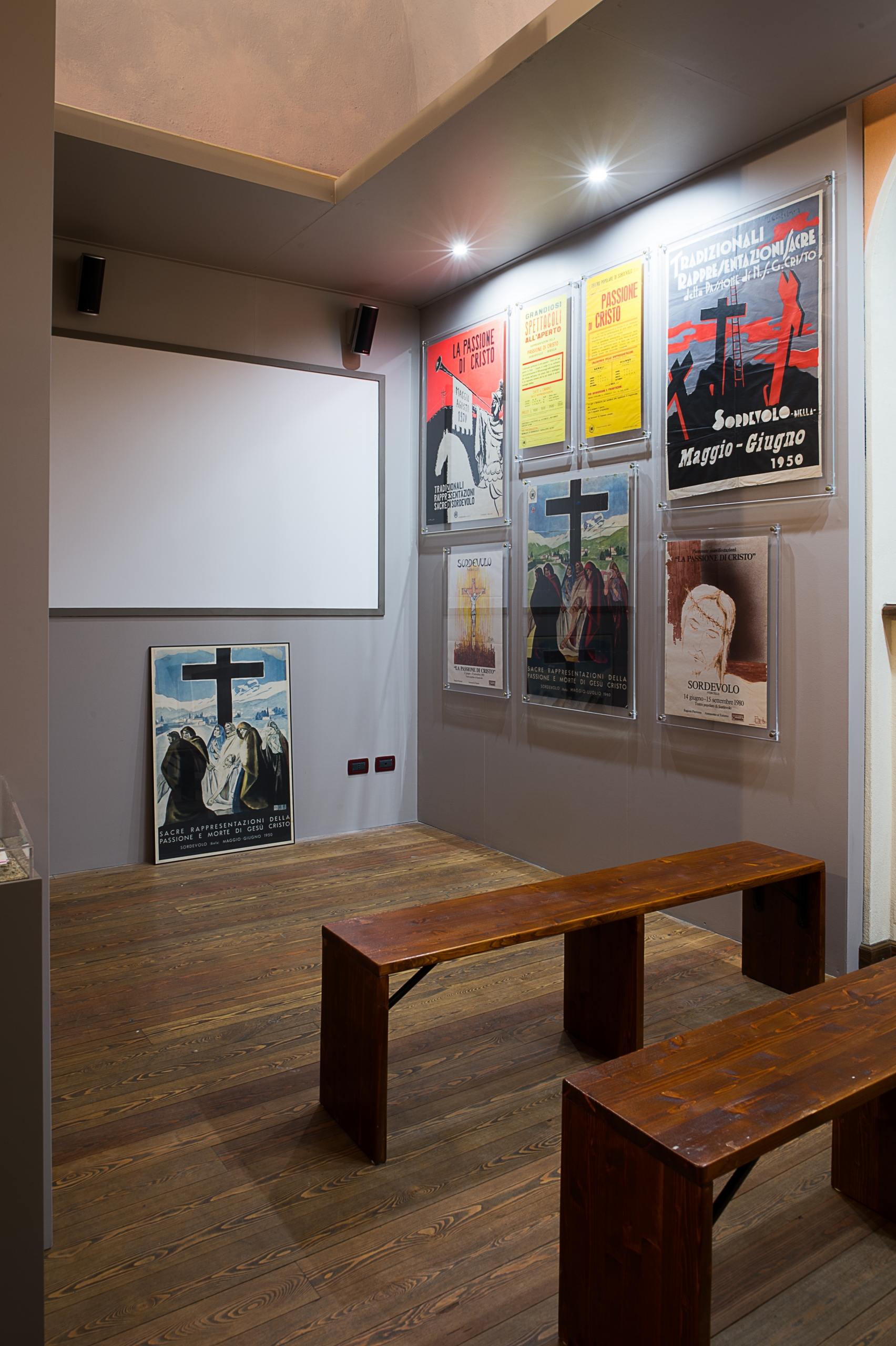 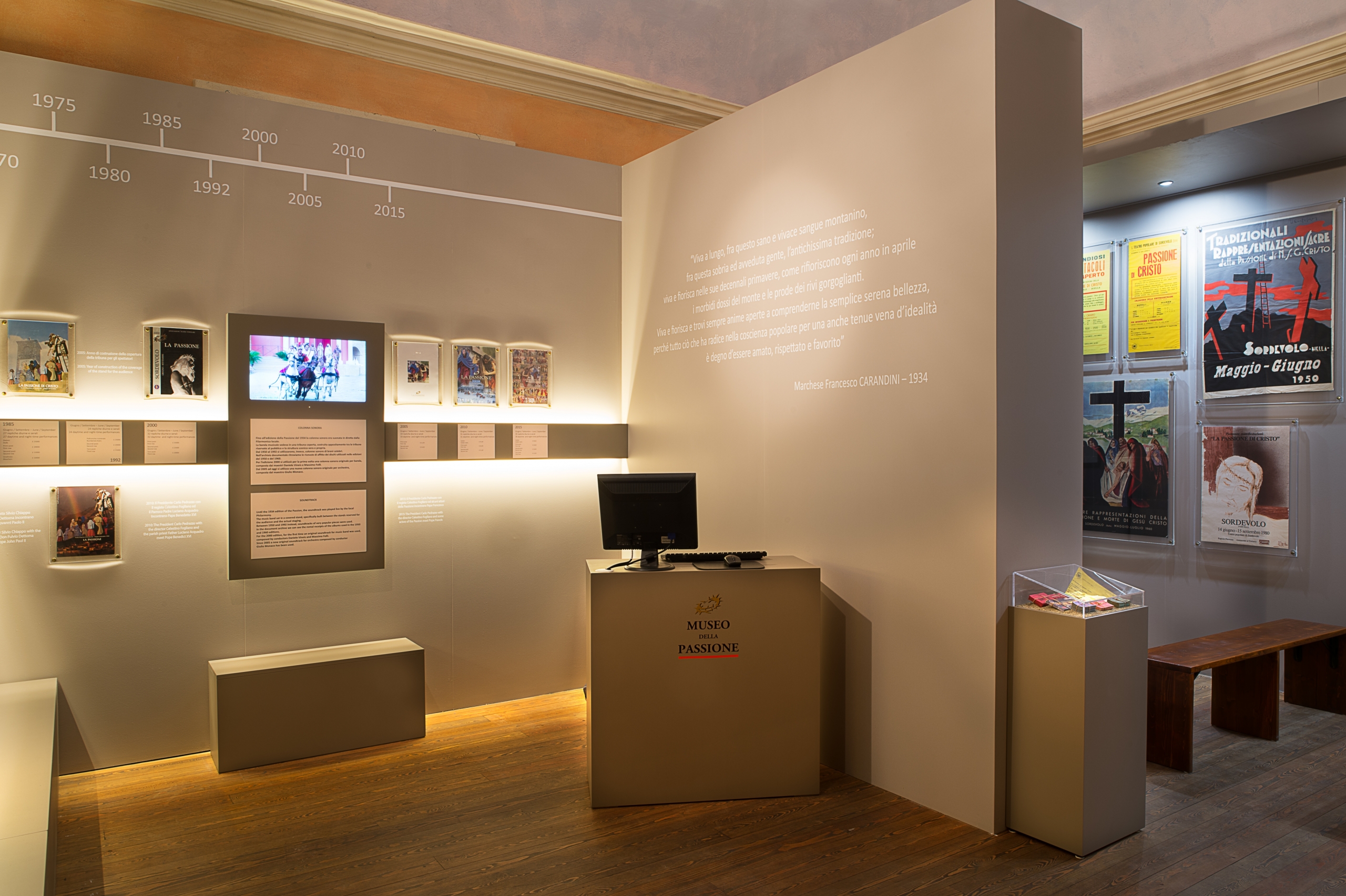 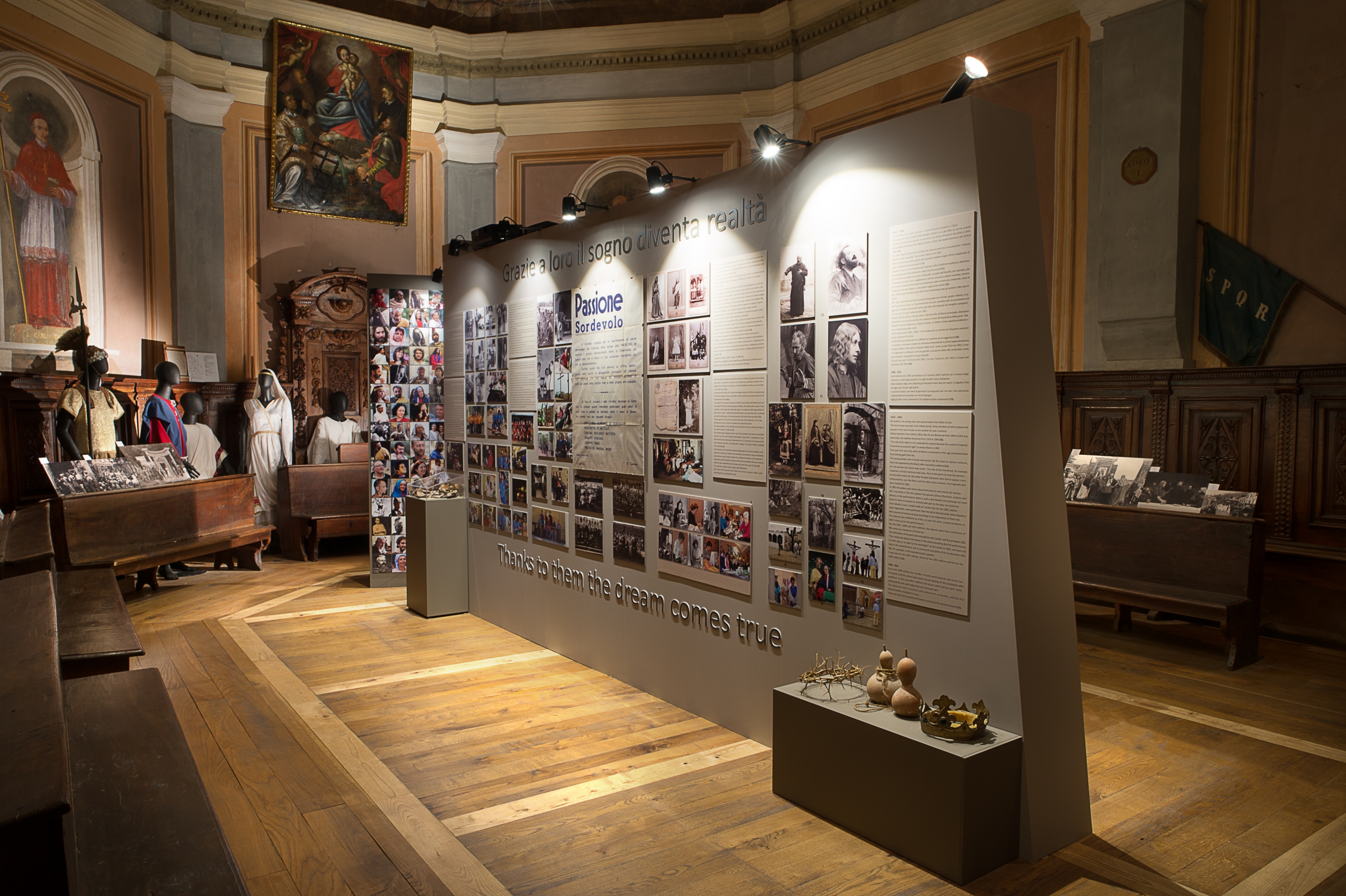 The Church of Santa Marta

The oldest data regarding the Church of Santa Marta report its existence back in 1563. It is a one-nave building with six lateral chapels and the confraternity’s oratory placed behind the high altar.

Of high value are the wooden sculptures of the choir stalls, dating back to the end of the XVII century, especially the prior’s chair. Right here in the confreres’ choir room, after a long and expert restoration work, two extremely important paintings both from 1600 have been relocated.

The picture on the partition wall between the church and the choir, signed by the roman painter Girolamo Marinelli, depicts Mary with Child Jesus sit on a throne enriched by drapes, while two angels hold above her head the royal crown. Under the throne are depicted Sant’Ambrogio and Santa Marta. 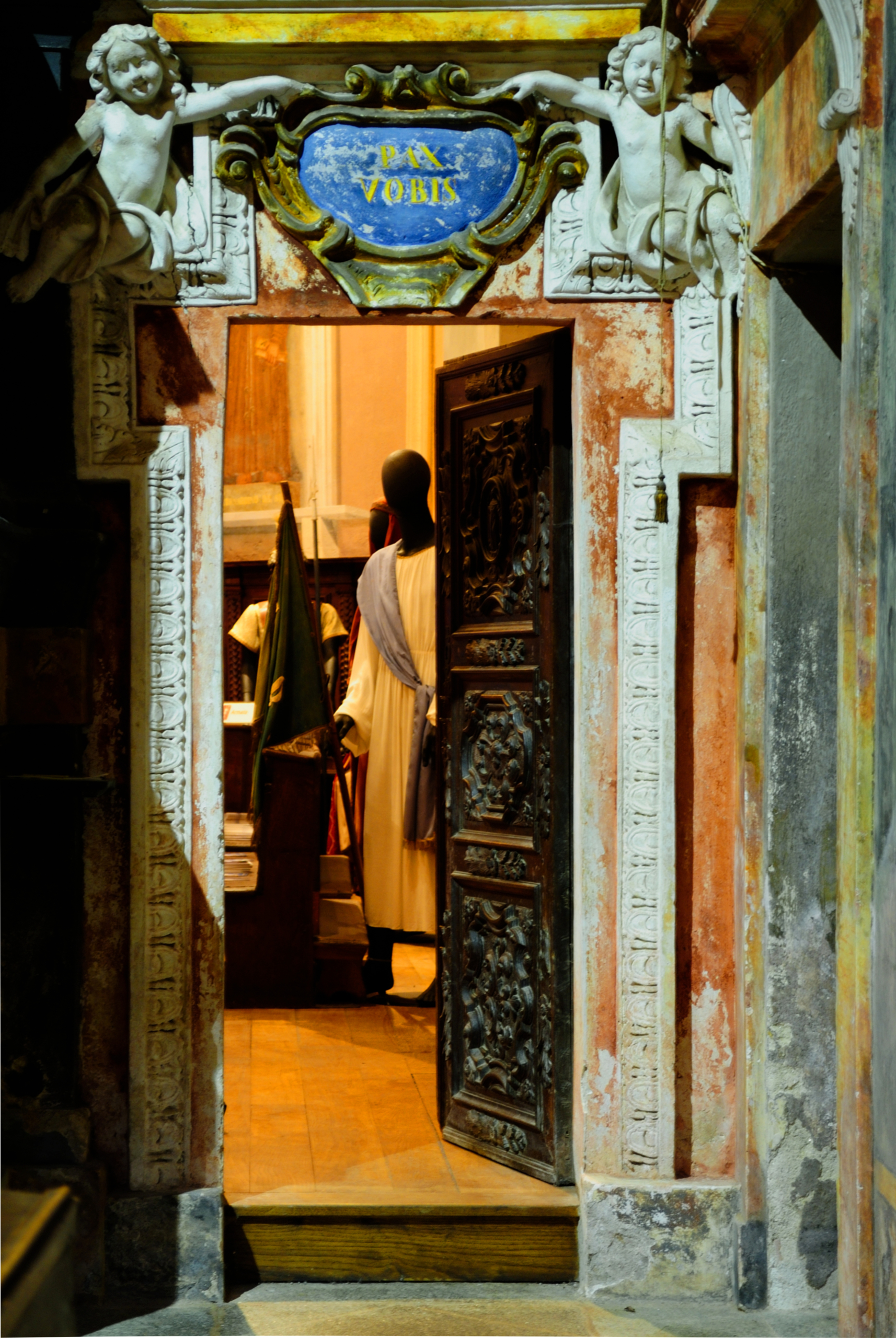 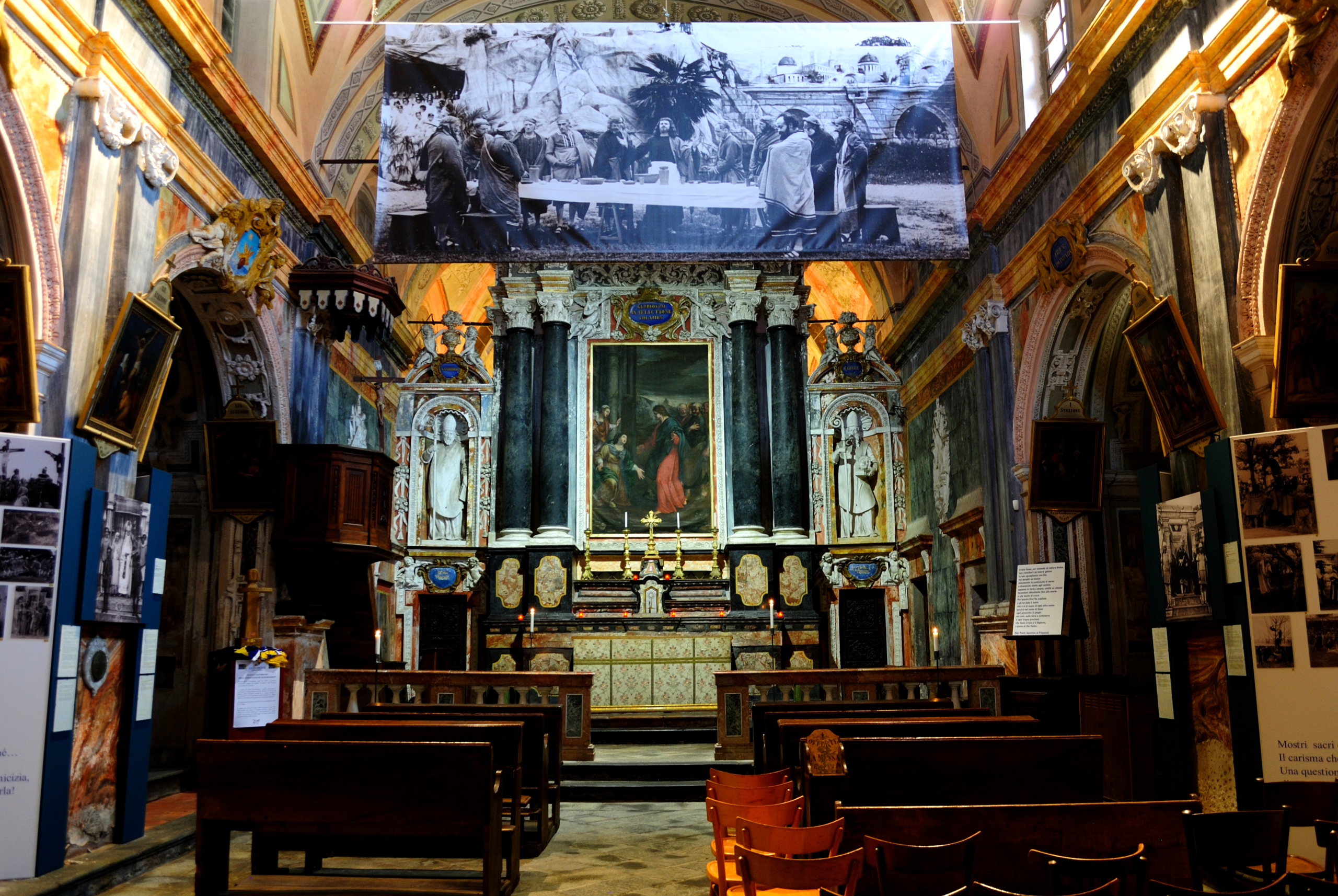 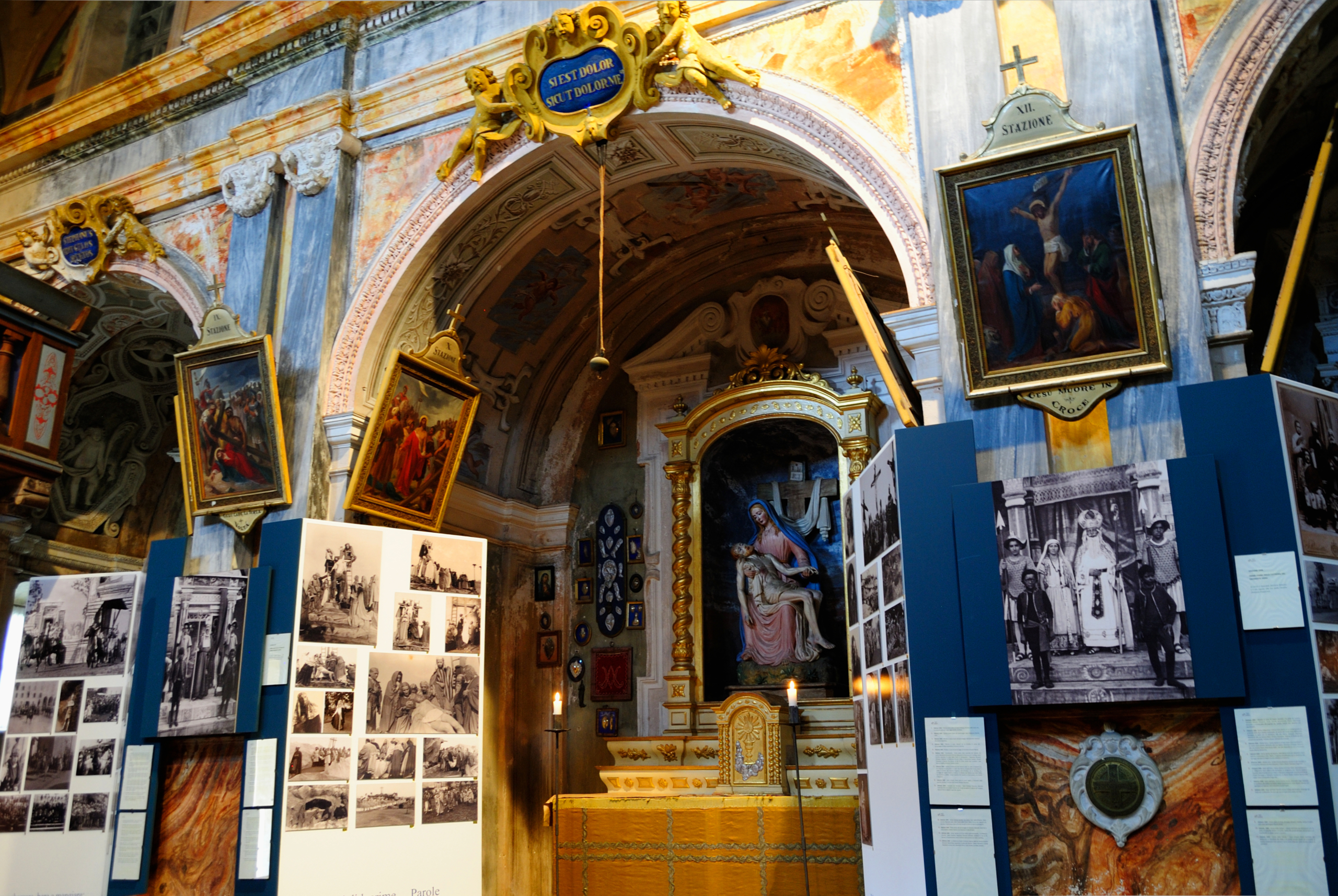 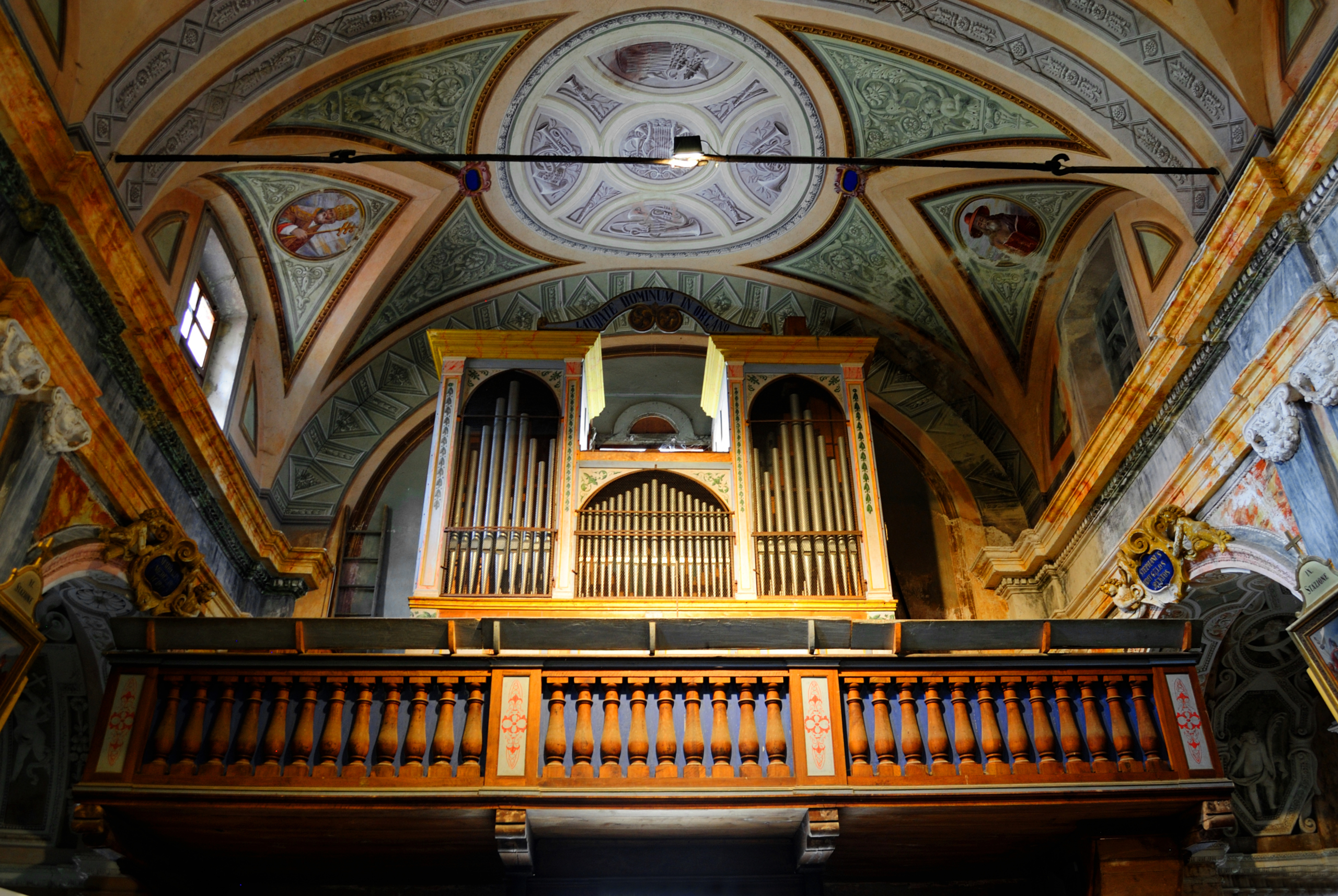 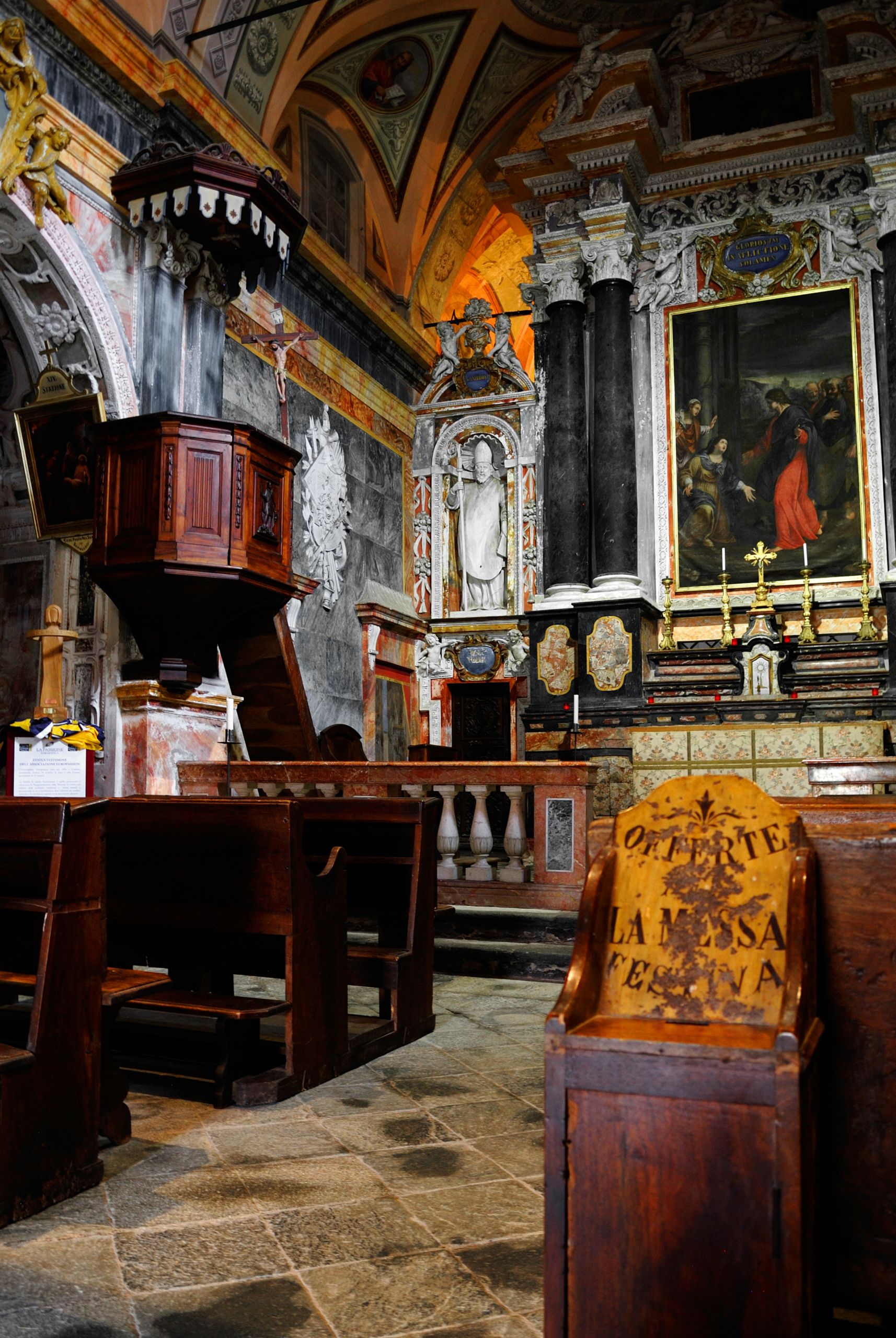 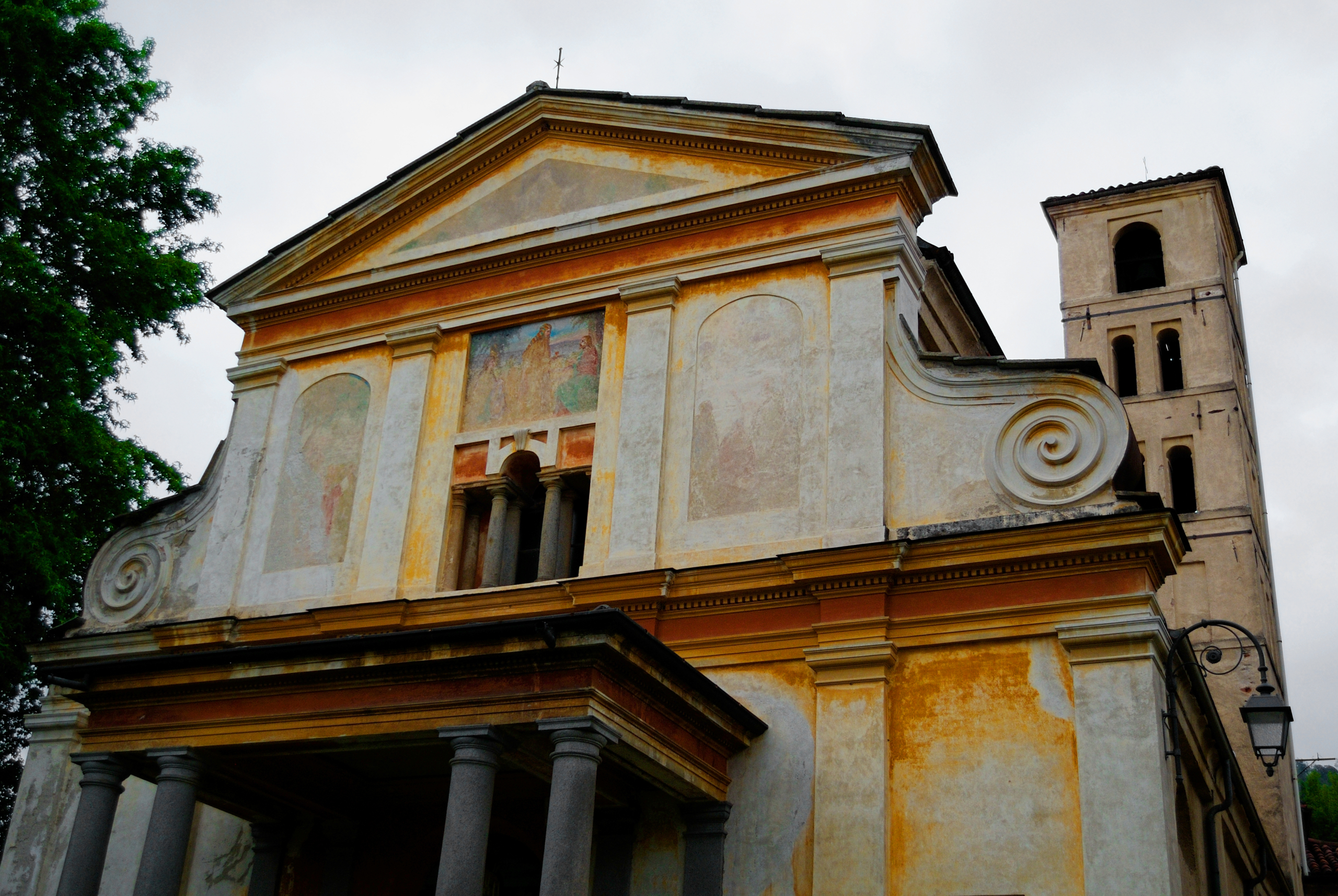 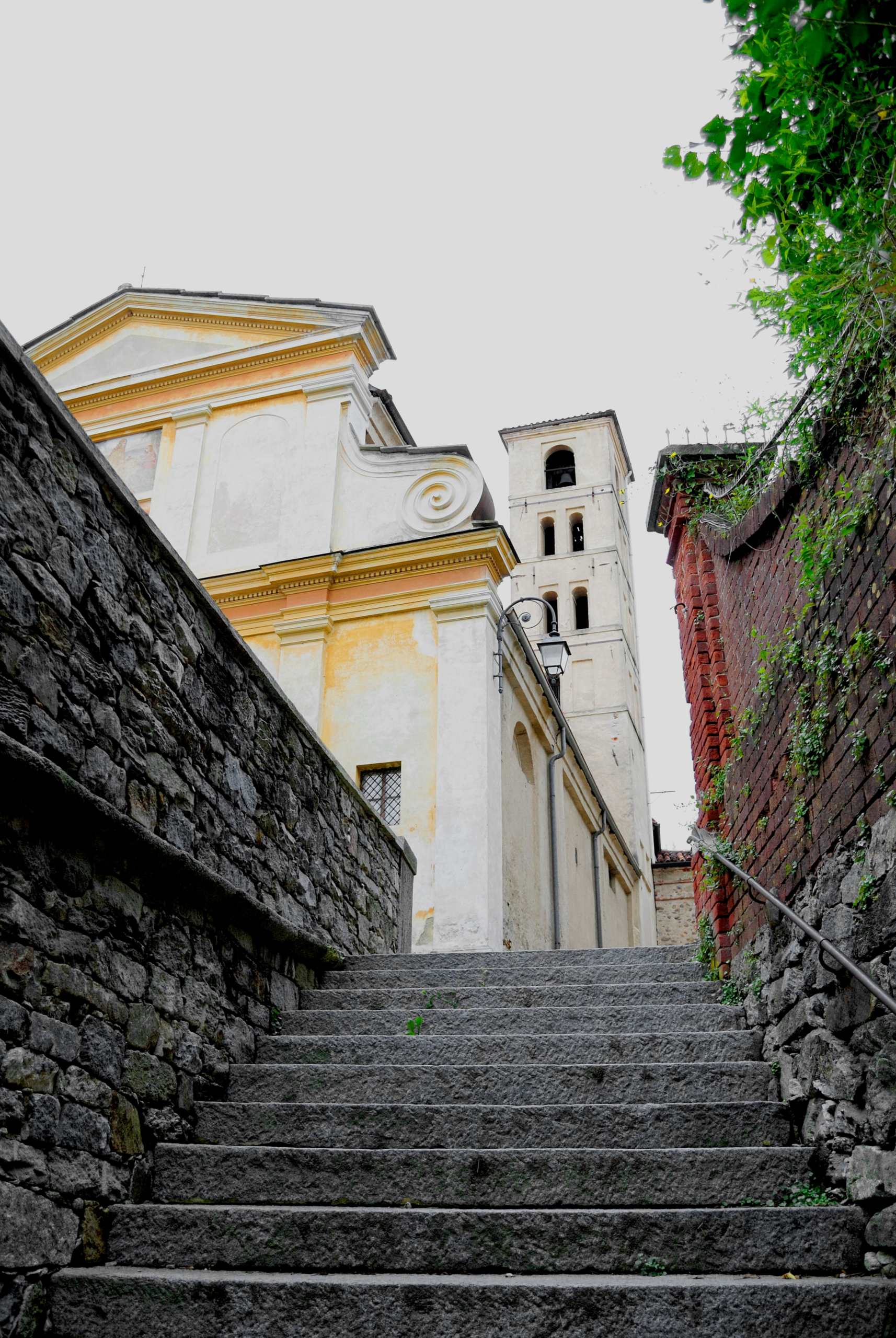 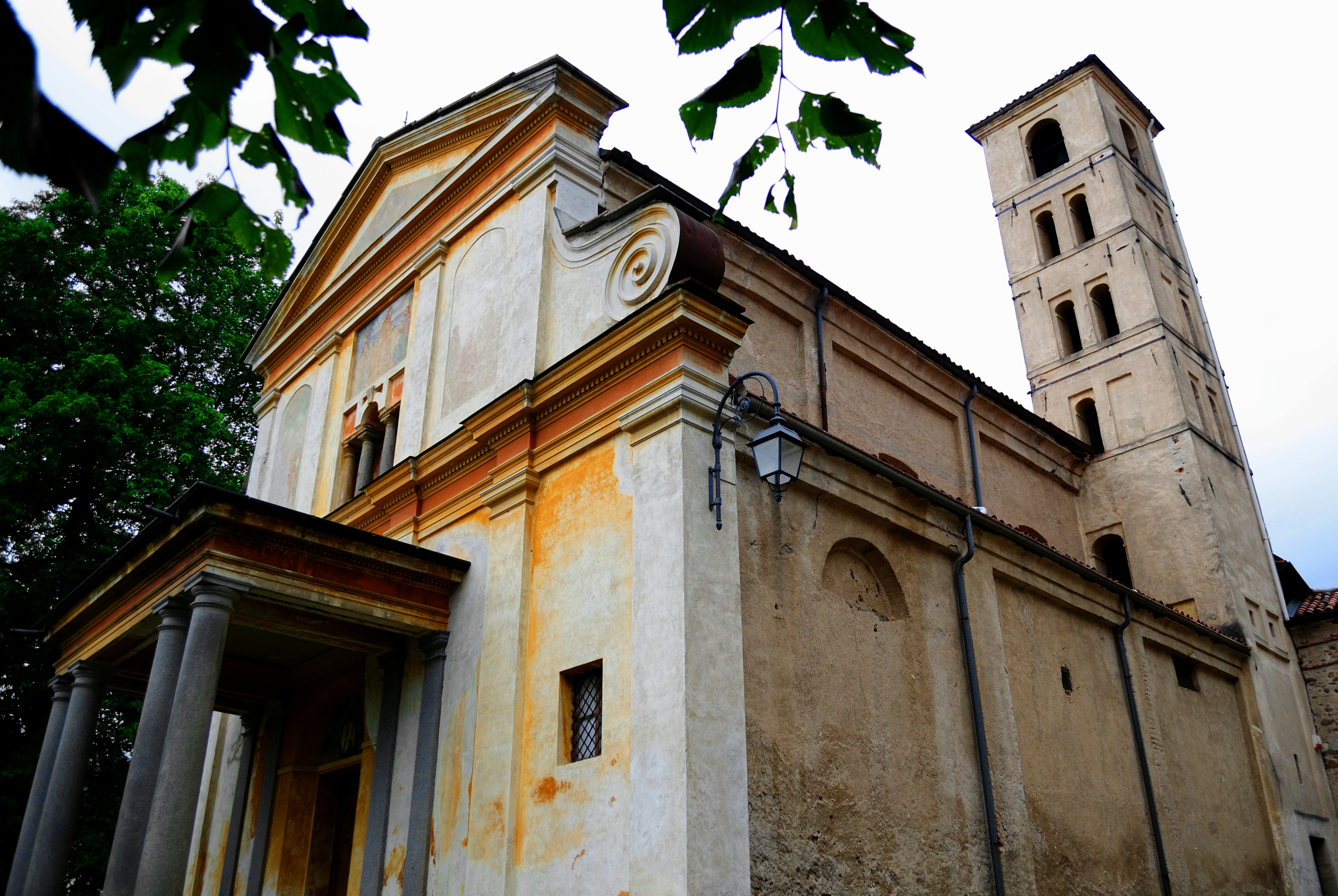 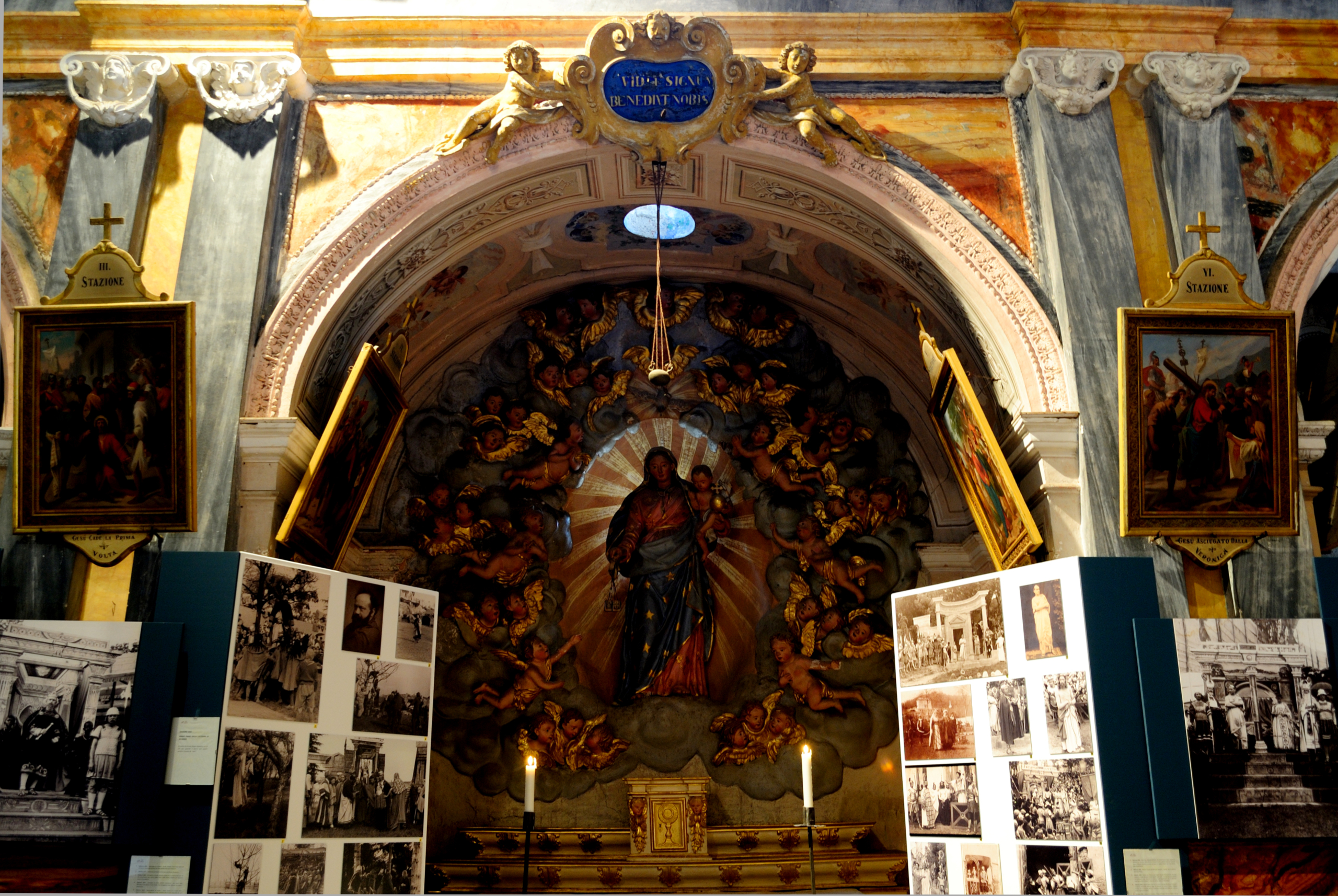